I set up another WordPress site and I wanted to transfer what I had written there to this site, so that all my writings would be together. This would include comments, links and attached media, and metadata about the post. 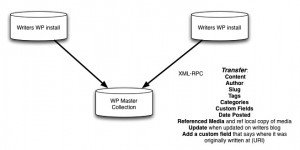 What I want a transfer plugin to do.

So I looked for a WordPress Plugin to do that. I found two (and as it is when I find more than one I have to test it out and write-up the results.):

So I tried Transfer first.

However, when I installed Transfer, it said that it could not find the Zend Framework… Warning: require_once(Zend/XmlRpc/Client.php) [function.require-once]: failed to open stream: No such file or directory in /home1/public_html/username/wordpress/wp-content/plugins/transfer/library/Aperto/XmlRpc.php on line 3
The plugin requires that one download Zend Framework Minimal (http://framework.zend.com/download/latest) and put the Zend folder under /wp-content/plugins/transfer/library/

I had initially failed to read the install requirement for Zend, so I found another solution for adding Zend to wordpress.

After I did both of these things all of my errors went away.

I did try a second plugin, WP-ZFF Zend Framework Full for installing the Zend Framework, this one said that the plugin would modify the include path so I thought that could use this without modifying wp-config.php but the plugin failed on import so I deleted it.
So in the sad case I that I was not able to get Transfer to work I moved on and decided to try Xpost.

Xpost [on WP-Extend] was a breeze to set up and I actually got it working for a simple post. However, I was not able to select the target category in the master WP install, from the writer’s WP install (The test post I used just when to the default category). 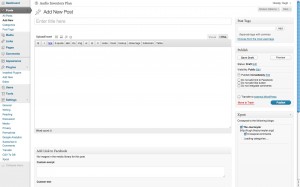 Xpost not getting categories available on the master WP install.

The box just says categories loading. This seems to be a problem reported by Nigel and by gulliver.

It seems that Xpost was designed to broadcast out rather that to ingest. 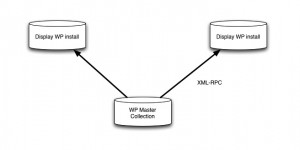 What Xpost seems to do