I have recently been introduced to Linked Data and to RDF. In my investigation, I have noticed that some have said that Linked Data and RDF is much like a solution without a problem (Defense against the claim).

However, the relationships between datasets and the data created by those data sets have been growing over the past few years. 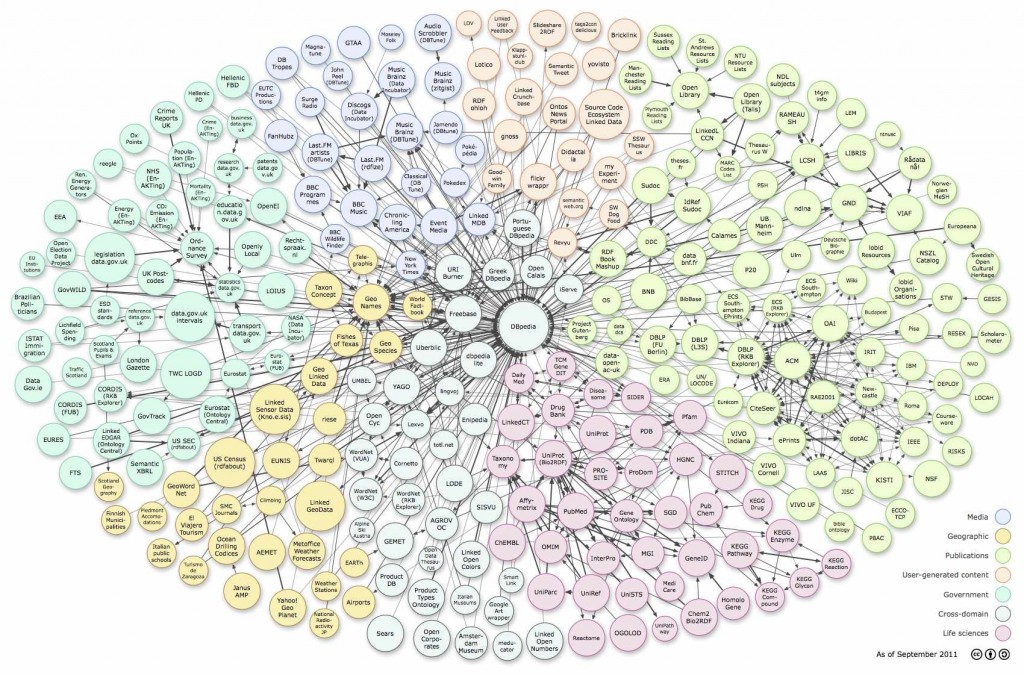 I am being convinced that at some point there will be enough open data out there that there will be a tipping point where if your data is not shared in this method that app producers will not process your data (without significant extra charge in home-grown apps, or at all for externally produced data consuming apps). This means that the social significance of open and Linked Data in RDF will be more important than, more labor intensive proprietary data sets.

I was watching this video, where several web app and several mobile apps were developed and competed for a prize. What one can do with this data is incredible.

I particularly like the app which tells you how long it takes someone in London to travel from point A to point B.

So where does this come into play with SIL International? Well, SIL is an NGO. NGO’s need engagement strategies. That is, Non-profits and NGOs operate to affect change. They have a compelling story, they tell the story and the hearers of the story are motivated to do some sort of action.

An engaged employee population is a strategic asset that enables organizations to inspire and mobilize their people to achieve specific business objectives. – http://engagementstrategies.com/

This has been the very nature of the Kony 2012 video and story. Their web presence is not about marketing, it is not about messaging, it is not about branding or color palettes. It is about engaging people to commit a certain set of activities. The Kony campaign’s entire web presence from the scripting of the youtube film to the design of their website is about getting people to commit to do and to carry out those suggested activities.

But how does this relate back to RDF and Linked Data? Well, if web apps and mobile apps are going to present data to users and work thought the presentation challenges of User Experience and User Interface in multiple locations and contexts. Then it becomes in the interest of NGOs as data providers to provide data which will affect users for their cause. Some NGO’s like SIL are very involved in content production. Consider the 40,000 plus items in the SIL bibliography of academic and vernacular works produced over their 75+ year history. These bits of content or resources are describable in RDF for data consumers. The obvious question is “Why”? That answer is simple: so that when others use Linked Data your resources are found and thereby promote awareness of your cause.

Let’s say that the organization, Invisible Children released 100,000 images of children who were carrying AK-47s and shooting their parents and were maimed or raped. Let’s also say that these images were also geo-tagged for the locations they were taken in. And that this metadata and these images were made available as Linked Data. Then, when global leaders in internet mapping technologies like Google, Wikipedia, and Yahoo! create web based applications which display Geo-Spacial content from Linked Data sources who’s content do you think is going to be displayed when someone is looking for pictures of Africa? 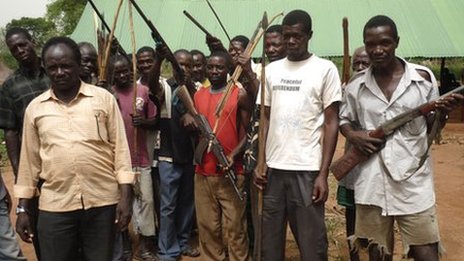 Image from BBC article about Kony. The BBC caption reads: "Some South Sudanese have already taken up arms against Kony and the LRA"

What are the crucial questions to ask when I think: “I want to make my site mobile friendly.”

What tools do I use?

A mobile/phone/PDA friendly interface for your blog with progressive enhancement for advanced mobile browsers. You can see it in action by visiting this site in a mobile browser.

A nice feature of this plugin is that the user of an iPod Touch can “opt out” of the CMT. And once they have opted out they can “opt in” again with a link on the bottom of the post or page.

It uses Wapple’s advanced web services to produce perfect markup whilst at the same time maintaining the familiar look and feel of WordPress. You can write and edit posts, moderate and reply to comments as well as updating and managing pages.

I have also tried this. It is not compatible with Block-Spam-By-Math. That is not in and of itself a deal breaker. But to use this I would have to find a bot blocking plugin that does work with WordPress Mobile Admin. This plugin is great for managing the commenting process or adding new text content. There is a lack of support for controlling WP settings through the mobile interface.

This plugin helps the users to view your blog in a pda and iPhone browser. iPhone is still in beta testing state. Soon more updates will follow.

Wapple Architect Mobile Plugin for WordPress is a plugin that allows you to mobilize your blog in minutes.
Every single mobile device is detected and all aspects of your blog are tailored to the visiting handset. Sites aren’t dumbed down to the lowest common denominator but instead use the features and functionality that advanced phones offer.
Devices are detected by using Wapple’s advanced web services instead of relying on inferior 3rd party tools. If you view your blog with a brand new, never before seen handset, it’ll still work perfectly!
Any theme you’ve installed and have styled for web will be carried across to mobile giving you a consistent look and feel for each and every one of your visitors.

Mobile Admin adapts the WordPress admin UI to be more friendly to mobile devices, specifically phones.
The iPhone / iPod Touch browser was the first target, but most other mobile browsers are supported at a basic level, and plugins can be used to customize for specific browsers where desired.
A plugin for the iPhone/iPod Touch devices is included, as well as a more basic plugin for Windows Mobile browsers. (Consider the latter a “beta”, but it’s mostly intended to be another sample for how to write a plugin.)