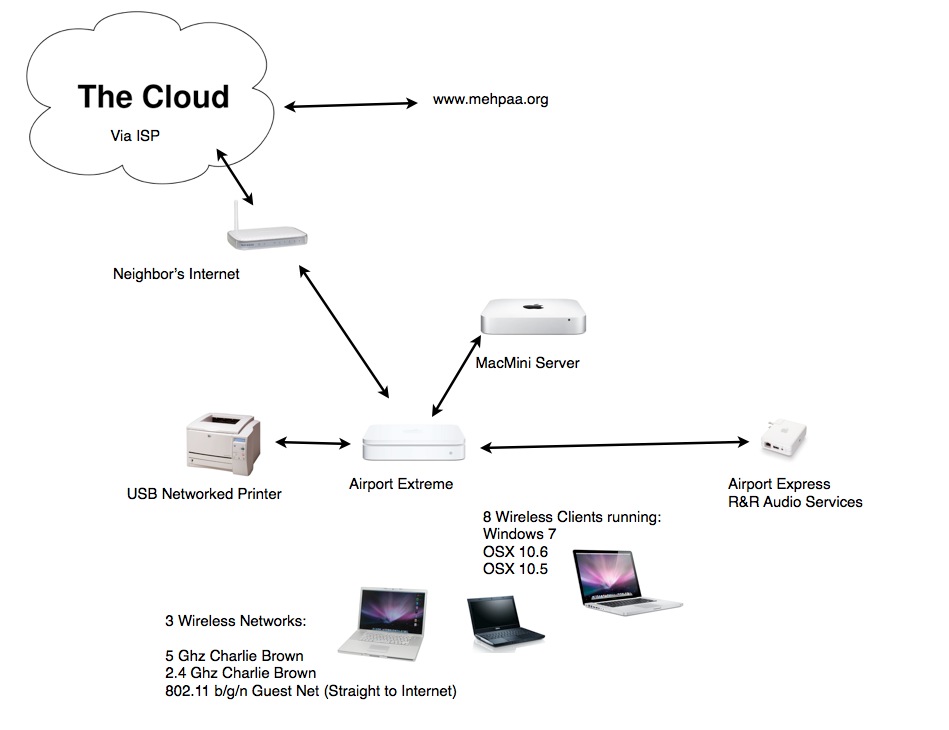 The diagram above roughly illustrates our network setup. This set-up might be typologically rare in terms of language documentation field stations for several reasons. But we had reasonable power (both in quality and quantity), though there were some power outages. And we had high-speed internet.

In terms of network set up there was the need for an internet direct out, so that we could have a team network, and then a separate network for language consultants, who would bring their own computers to have a “drop box with us”. To fill this need we could open our network to each of the consultants or we could use an outside service like Dropbox. – I am not sure why we did not use DropBox. Eventually we did use google spread sheets for collection word frames. Our consultants might have been atypical in that they also had their own computers and had some familiarity with computer use.

Single FLEx Datastore for all languages

MicrosoftSQL Server for running FLEx on the Network. This is achieved through running XP in a virtual machine via Virtualbox on the OSX Server. We have multi-able entry points of data to the “FLEx System”. We also did not completely solve the network access to the data bases. That is one person could access the database at a time with write access. Since this project the current version of FLEx has moved from a MicrosoftSQL Server Backend to an XML backend. But perhaps what would have been better was to use FLExBridge or LiftBridge.

This three way backup is to:

Our onsite backup was handled by Time Machine.

We would switch out our Backup drive every week and give it to a colleague across town.

We attempted to use KKoncepts for our offsite backup. (KKoncepts did not work out because it was based on a simple rsync script and every time we tried to re-organize folders in our corpus it would try and re-sync all of the Gigabytes of data which lived under the folders.) The DropBox service is much more efficient and looks at the block level (inside the file) and only updates things that have changed. It then looks at the tree structure and mirrors what is currently on the clients computer, rather than re-uploading the content.

Not yet well defined are the network settings needed to run WindowsXP in the virtual machine, OS X, and Windows 7, establish a DNS server with AirPort Extreme.