Shooting the Moon took less planning. But both of these secessions were mostly spontaneous. After shooting the moon, I was showing the picture to a colleague at work and he mentioned that there was going to be a Transit of Venus. Of course this was the day before the transit was to occur, an event which would not occur again until 2117. I started to diligently look around for how this event should be photographed (including how it was photographed before). I found out about solar filters, I just needed one which would fit Josh’s lens. The best I could find was a filter from Thousand Oaks Optical. It seemed that everyone was recommending them. But it looked like the filter I would need was about $200.

So, $200 being a bit out of my price range I started looking at YouTube and Google for tutorials on how to build a homemade solar filter. I found this tutorial for building my own filter, but I would need something called AstroSolar Film. I also found a tutorial on how to make my own 77mm filter but this too called for the AstroSolar film. With a little Google search magic, I found the supplier of BAADER AstroSolar™ Safety Film is a company from the Netherlands. Not a product I could get shipped quickly to Dallas, Texas. So now not only do I need a filter, but it also (or alternatively) seems that I need a special film. I don’t think I have ever done this before, but I called a store to see if they had a particular product. I called The Observatory, the only telescope store in North East Texas. They proceeded to tell me that the Transit of Venus has been a highly anticipated event and that they have been out of AstroSolar™ Safety Film for two months. They recommended that I call a welding supply company. So I called a welding supply company and asked them if they sold any glass which I could use for this purpose. They said that normally they do, but with the lunar eclipse and the solar eclipse they have been sold out for two weeks. In fact, they normally only sell #14 glass once a quarter and in the past month they sold all their inventory, and the inventory of their warehouse supplier (over 25 pieces). Strike two…

Not to be dismayed, I contacted my social network via Facebook. No one on Facebook was able to help. (But hey Facebook is not a real place anyway right? only a third place…) Finally, I called a friend, who recommended I call a second friend who suggested a store around the corner from me. My wife, Becky and I went and looked to see what they had. They had several deals for $5 two pairs goggles with #10 colored glass. 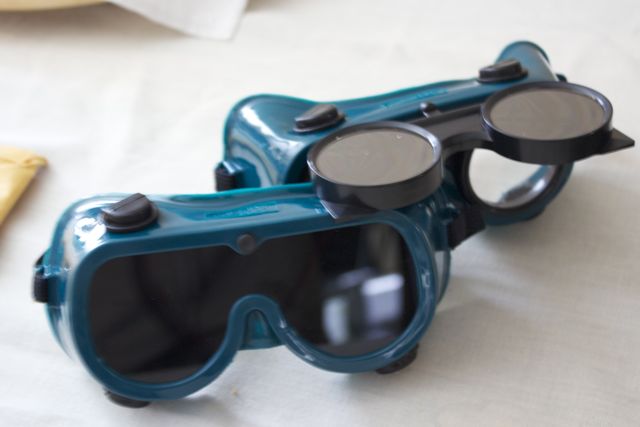 Not exactly what I was looking for but for $5, Can we complain? I called Josh and we picked him up and made a dash for the Joe Pool Lake Spillway. 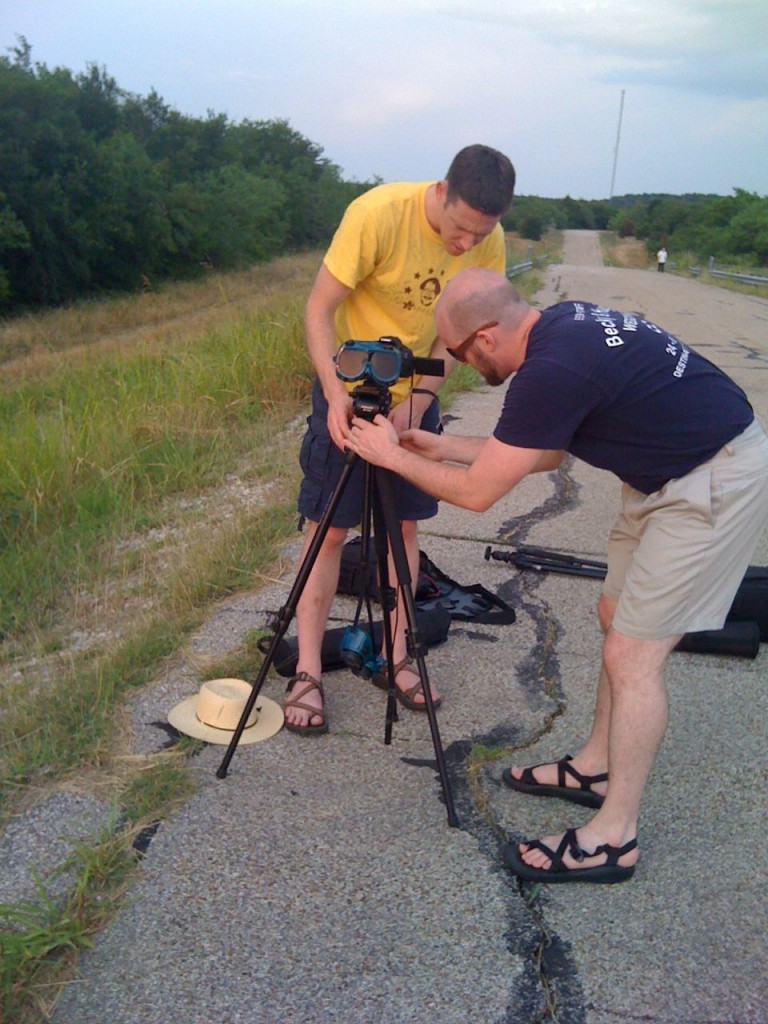 Hugh and Josh setting up 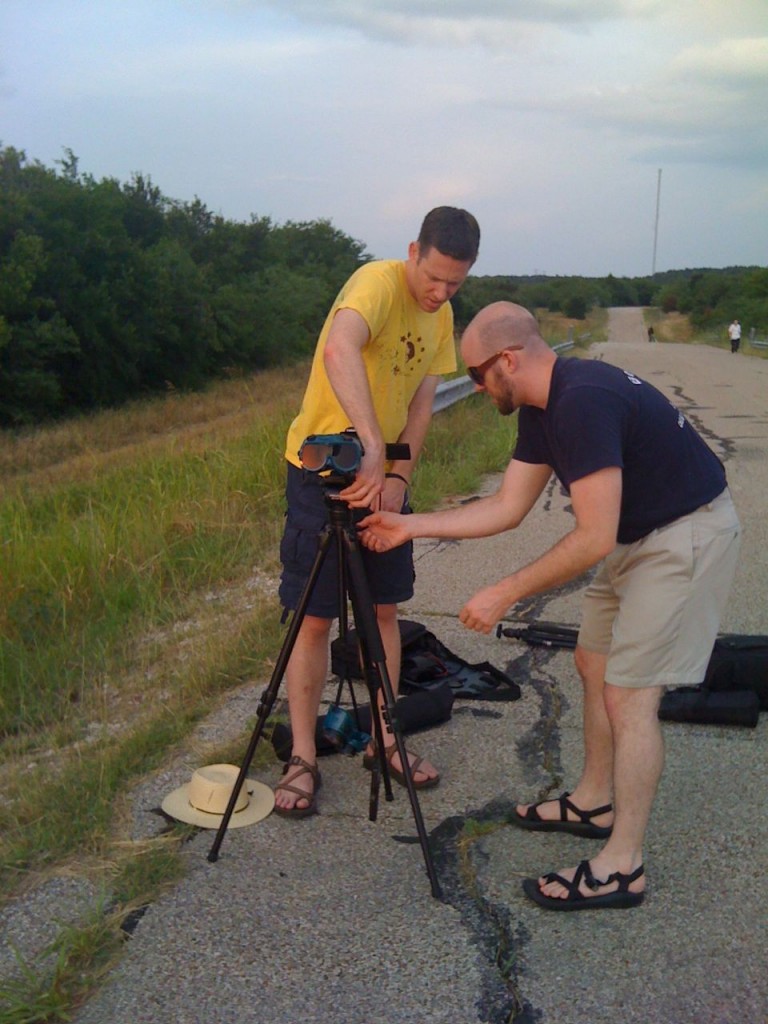 Hugh and Josh setting up 2 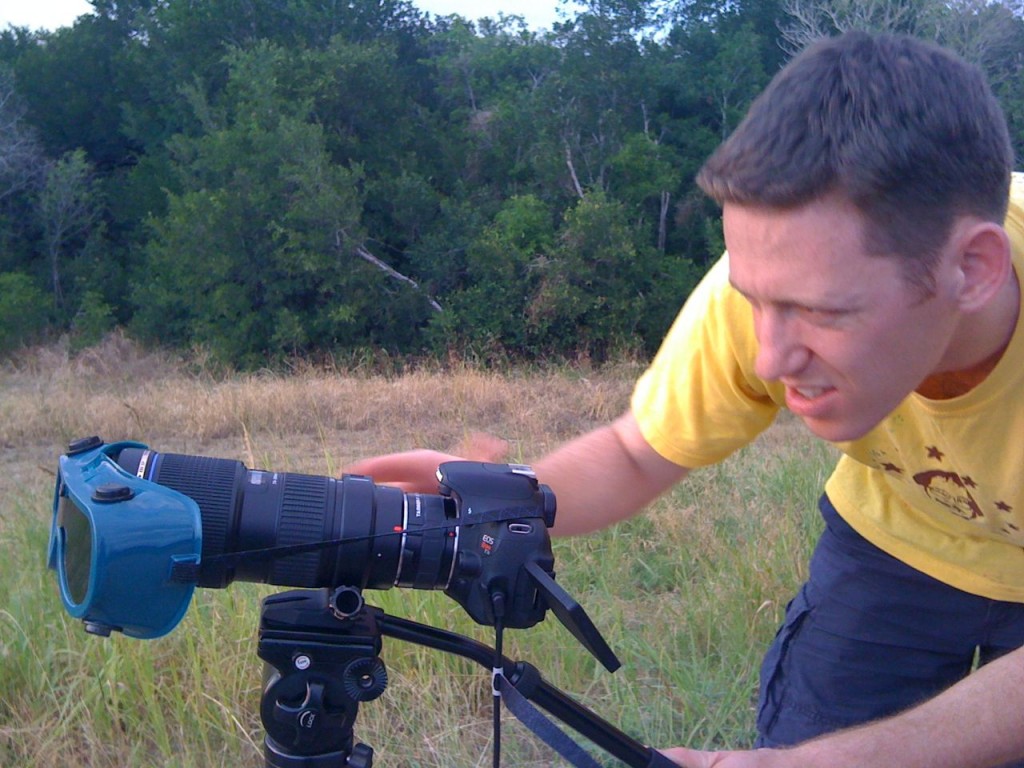 Josh focusing on the Sun. Don't worry the goggles didn't work and we ended up shooting without them.

When I was researching how to photograph the event I ran across the following photo (I grabbed the photo from Spaceweather.com and it was provided by Mr. Erickson). 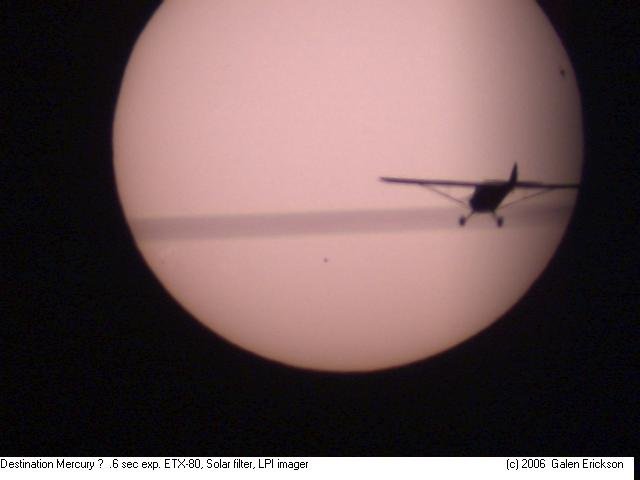 Having been for warned by Galen Erickson of Fairmont, MN on 8th Nov. 2006 as he tried to photograph the the transit of Mercury: Just setting up to get some images of transit, when an airplane entered the frame!

It was a good reminder that you never know what you are going to be able to get when you go shooting. You can’t always control your environment including your subjects.

Just after we set up on the spillway, a CH-47 showed up and proceeded to do field touch and goes on a berm just to the north of the the spillway. This did get in the way for some of our shots but also was a great opportunity. 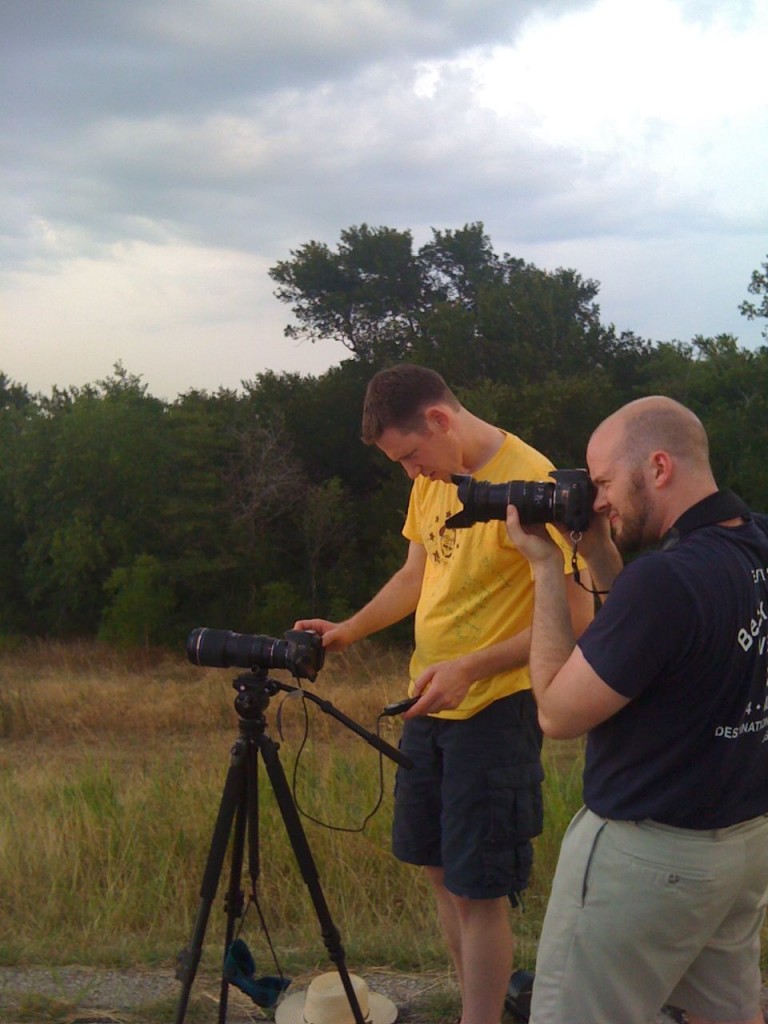 Shooting the Sun and the CH-47. 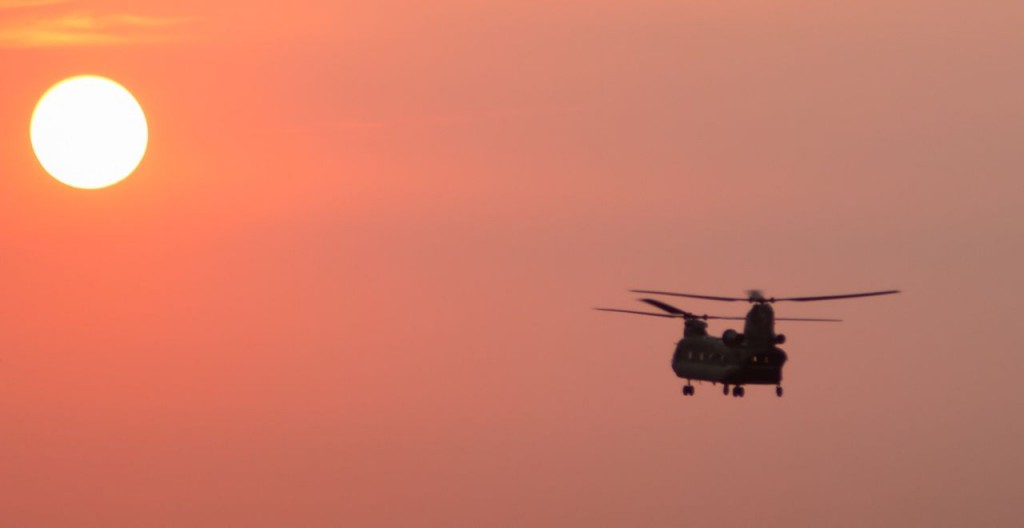 For a once in a lifetime (and possibly also our children’s lifetimes) and for not having homemade or professional solar filters. I think we walked away with some amazing photographs of God’s amazing creation. 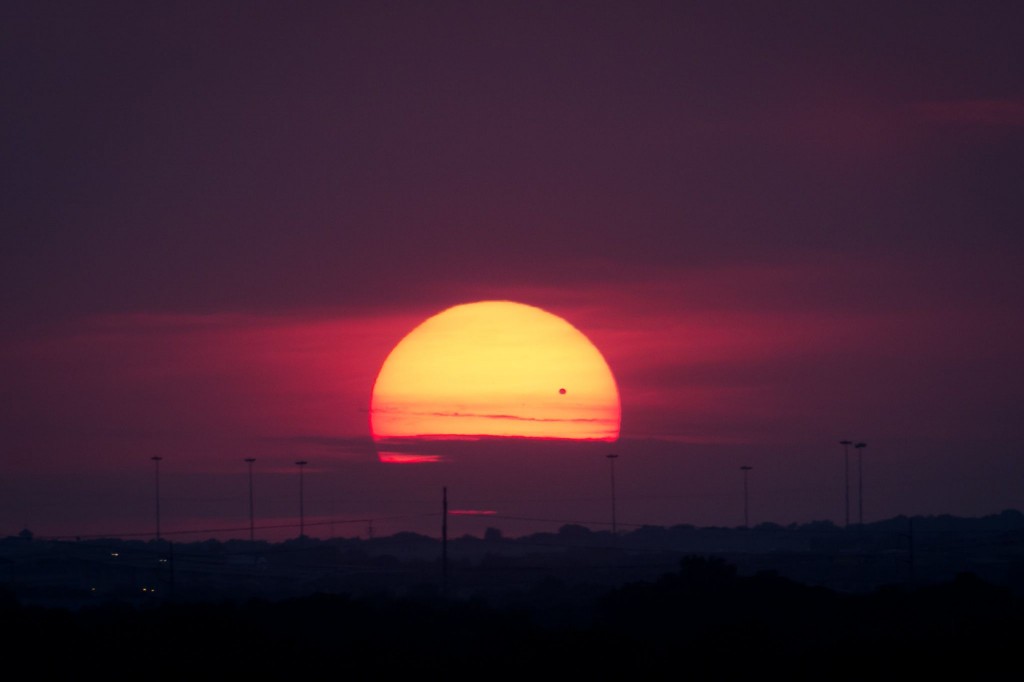