Under testing, the dynamics of this particular Garmin model allow for about 9 hours of continuous recording of coordinates while recording a coordinate every 15 seconds. This equates to about 2200 points in an activity log. Garmin's Website describing the Venture HC says that it has room for 10,000 points in the device[ref 3] This is also confirmed by a very helpful Manual put together by the The Virginia Geospatial Extension Program[ref 4]. However, the Garmin manual does not explicitly[ref 5] say that all of the memory can be used to store a really long Activity log file. It is my experience that not all of these points can be used for the active Actively log. It is my assumption that some must be designated for saved track logs (up to 10), routs, and waypoints (up to 500). 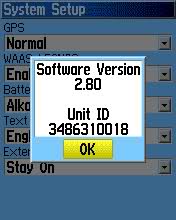 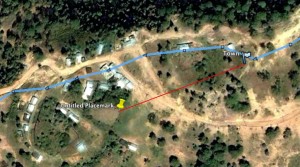