Each one of these file types has the flexibility to have various kinds of components. i.e. several channels of audio can be in the same file. Or one can have .wav files with different bit depths or sampling rates. But they are each a archive friendly format. Before one says that a file is suitable for archiving simply based on its file format one must also consider things like sample rates, bit depth, embedded metadata, channels in the file, etc. I was introduced to DOBBIN as an application resource for audio archivists by a presentation by Rob Poretti. [ref 1] One additional thing that is worth noting in terms of archival versions of digital audio pertains to born digital materials. Sometimes audio is recored directly to a lossy compressed audio format. It would be entirely appropriate to archive a born-digital filetype based on the content. However it should be noted that in this case the recordings should have been done in a PCM file format.

One argument I have heard in favor of saving disk space is to use lossless compression rather than WAV files for archive quality (and as archive version) recordings. As far as archiving is concerned, these lossless compression formats are still product oriented file formats. One thing to realize is that not every file format can hold the same kind of audio. Some formats have limits on the bit depth of the samples they can contain, or they have a limit on the number of audio channels they can have in a file. This is demonstrated in the table below, taken from wikipedia.[ref 3] This is where understanding the relationship between a file format, a file extension and a media container format is really important.

MP4 is one such container format. Apple Lossless data is stored within an MP4 container with the filename extension .m4a – this extension is also used by Apple for AAC audio data in an MP4 container (same container, different audio encoding). However, Apple Lossless is not a variant of AAC (which is a lossy format), but rather a distinct lossless format that uses linear prediction similar to other lossless codecs such as FLAC and Shorten.[ref 4] Files with a .m4a generally do not have a video stream even though MP4 containers can also have a video stream. 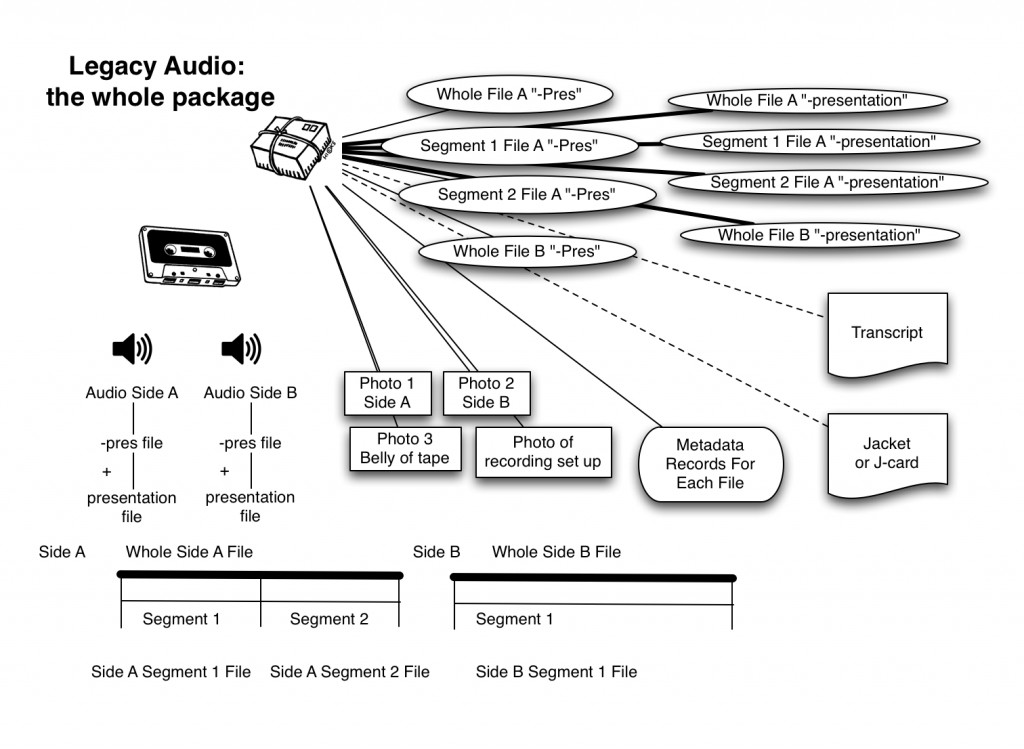