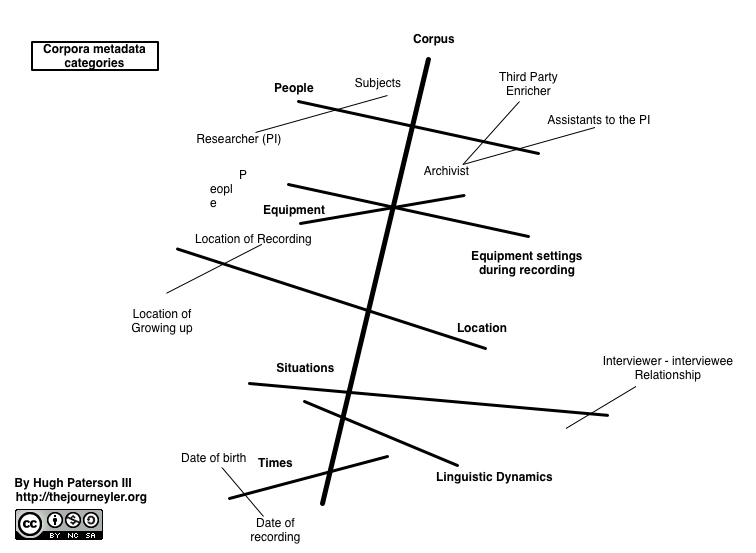 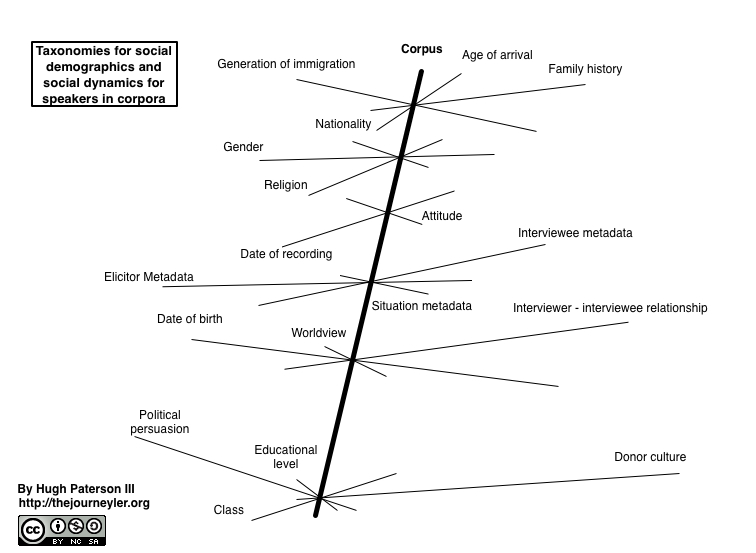 There is one more thing which I would like to say about "corpus level" metadata. Metadata is often separated out by function. That is what does the metadata allow us to do, or why is the metadata there?
I have been exposed to the following taxonomy of metadata types though course work and in working with photographs and images.[ref 1] These classes of metadata are also similar to those posted by JISC Digital Media as they approach issues with Metadata for digital audio.[ref 2]

1 thought on “Metadata Dynamics for Linguistic and Sociolinguistic Corpora”